Interning at a video production company in San Francisco is a very interesting space to be in. Working in this space, in this area of the country, really highlights what technology has brought to the film industry and where there are still gaps. The recent boom of digital technology in the film industry has introduced a lot of noise into the picture. Not the kind that comes with small sensor sizes or low bit depth, but the kind that comes from an unprecedented high level of access to the tools. The proliferation of affordable quality digital technology, combined with the distribution platform of the internet, has produced an endless amount of web content. At the high quality end of the spectrum we have the commercial in entertainment’s clothing, or branded content. Despite being sneaky advertising these videos do genuinely entertain.

Unfortunately more often than not what we associate internet video with is a few seconds of someone’s cat doing something funny, someone getting hurt or something authentically peculiar. This is the stuff of the viral video in modern times. I liked it better the first time, when it was called America’s Funniest Home Videos. Never has there been more opportunity for filmmakers to produce their stories and have them reach a large audience. Why is it that we are drowning in a sea of cats and commercials? Where is the cinema?

The internet has massive potential to serve as a means for first time filmmakers to get their work seen. But how do they bubble up over all of the noise? With the technology we have at our disposal today, why is there no portal on the web that is synonymous with high quality short form content? You are probably thinking, “Wait a minute Youtube has high quality content, and aren’t you forgetting Vimeo Staff Picks?” While YouTube occasionally gets lucky and Vimeo is making a solid effort at building a brand in the short form narrative space on the web, neither has truly broken into the greater collective conscious of the general population. You know about those portals for the same reason you are reading this blog post. You seek out industry content. You are connected on a level that the average person is not.

Marshall McLuhan was a philosopher of communication theory who became famous for coining the phrase “The medium is the message.” If the internet is not only a distribution network but a new medium entirely, then filmmakers must take this into account. To have success on this new medium, filmmakers must craft new stories because what works in a dark theatre for a niche festival audience isn’t necessarily going to work for the online audience. The medium has an effect on how the message is received by the audience. But I think there is more going on here than just simply pandering to the limited attention span of the average internet dweller. 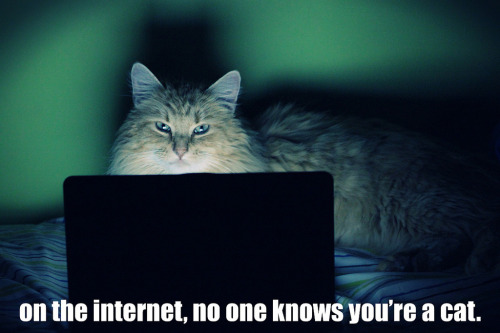 In the documentary Side by Side, Keanu Reeves explores this shift in dynamics on the high end studio side of the industry. One of the most interesting segments is his interview with Lorenzo di Bonaventura. Bonaventura is a Hollywood producer with big credits to his name. The largest of which being the Transformers series. When asked what he thought of the democratization of the film industry from a technology standpoint he said “There’s less good; there’s more bad”. He went on to express his sadness in the loss of the “tastemaker”.

I understand his sentiment entirely and I am inclined to agree on a grand level but he might be jumping the gun just a little bit. The influence of the tastemaker is more prevalent and arguably more important now than it has ever been. The tastemakers have just changed. No longer are the Bonaventura’s of the world exclusively telling us what is worth our time. When we take a look at the mechanisms behind viral web content we find the biggest factor determining how many views a video receives is the presence of a tastemaker behind it. During a TED talk on viral web video, Kevin Allocca, YouTube’s trends manager, lists this among the factors that cause a video to go viral. One example he gives is the popular Double Rainbow video, which currently has over 38 million views on YouTube. The video had a surge of viewership in July 2010, but it was posted in January of that year. What happened in July? Jimmy Kimmel tweeted about the video. This is not the only instance of this occurring. Most viral videos achieve that coveted moniker after being bubbled up by an established figure with a large audience.

So, when is the internet going to give filmmakers the portal they need to get their work to a more populist audience? Outside of Vimeo—which in my opinion is merely a destination for independent filmmakers to figure out if they should spring for the Zeiss CP.2 or if the still variant is good enough for their upcoming passion project—there are a few other destinations that are attempting to fill the void. Short of the Week and The Standard Print are great destinations for finding high quality short films online. They focus on emerging filmmakers and hold story in very high regard.

The internet is full of possibilities for filmmakers. While there are a few people out there working toward making the internet a stand out distribution platform for short films, right now it seems like their main audience is that niche festival audience of the stone age. I understand that it is possible I may be overestimating the amount of people that actually want this type of content to be more readily available. That might be true right now but I see a shift coming in the future. Netflix and Hulu are starting to push people in the direction of discovering new content online. You can only watch but so many episodes of the latest big network hit before you start “flipping channels” searching for what else is on. I am starting to see people in my small circle of family and friends interacting with these services in a way that bears a resemblance to how we have been using television for many years now. I can’t help but long for the day where my mom tells me about some new show she is watching online from an up and coming filmmaker. It is entirely possible. Just waiting for someone to figure it out.