THE ROAD HAS ALWAYS LED WEST

“It should not be denied… that being footloose has always exhilarated us. It is associated in our minds with escape from history and oppression and law and irksome obligations, with absolute freedom, and the road has always led West.” 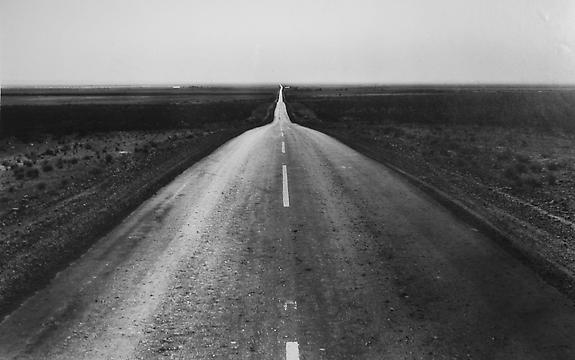 It’s been about 20 months since I packed up my things in Brooklyn, stopped by Connecticut for one last family dinner, and drove across the country with my girlfriend. There were doubts the Honda would survive the trip with 220,000 miles resting wearily on the odometer.

Crossing the George Washington Bridge before the first light of what would become another humid May day in the Greater New York City area, we laughed with the anticipation of our unknown future. By dusk, we’d be in Chicago with friends, applauding ourselves for our audacity. But days later, while crossing the great expanses of the mid-West, a hypnotic experience punctuated only by the MadLibs we’d acquired hundreds of miles back, our anticipation had simmered down into a thick molasses. Had we left prematurely? Were these flatlands a warning to turn back? Maybe everything ahead would be devoid of form, a planar landscape. Our laughing had taken on a tinge of frustration. I shouted curses out the window at an endless wheat-field – not a tree or hill in sight for a hundred miles.

Only when we spotted the unmistakable formations of the Badlands looming up in front of us did we pack up our remaining doubts and shove them in the back seat where the rest of our worldly possessions had been stowed.

From the Badlands, to the Black Hills, Mount Rushmore, the Devil’s Tower, Jackson Hole, Yellowstone, the Sawtooth Mountains, Lake Tahoe, Napa Valley, and finally, San Francisco, our inspiration grew steadily with every mile.

Seeing the country, stopping for days at a time in small towns and National Parks, we had born witness to the sentiment that unites our country – that there are opportunities to be had should you be bold enough to grab them for yourself.

Now, reflecting upon the past year and a half since arriving in California, I can say those opportunities certainly exist in San Francisco. Since arriving, I have started co-managing Goforaloop, a gallery and studios in the Mission, shot a few commercials for friends and for a start-up I co-founded, wrote and directed a music video for a 48-hr competition, learned to surf, spent many weekends camping along the coast, and most recently began working fulltime with Photon, a creative video agency in San Francisco.

The journey has been a decidedly fulfilling experience, one where I was rewarded for taking risks, and I’m looking forward to whatever comes down the road…